SEO 2014: The Biggest SEO Survey of the Year 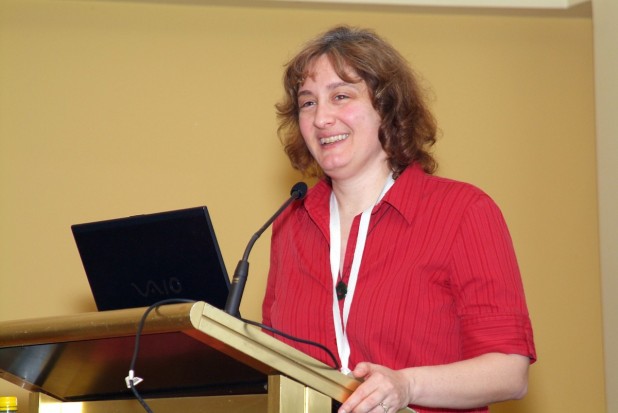 Why did we do this survey? As Google tightened the screws on SEOs lately by specifically targeting what used to be one the most important parts of SEO process, i.e. link building, we wanted to take the pulse of the SEO community. We wanted to know how SEO experts viewed this significant change implemented by Google that transformed the whole SEO landscape.

This has been the biggest SEO survey of its kind in this year so far. We conducted it on Twitter. It was not a general survey. We wanted to collect the opinions of only the experts in the field. The iMarketing Café team contacted more than 300 SEO experts around the world. We, as far as possible, expected them to define ‘SEO 2014’ in 140 characters (a tweet) and some of them really came up with great answers. We got a decent response from the SEO community even though the survey was not much publicized. All those who have responded are truly experts and have several years of experience in the SEO industry.

The iMarketing Café team heartily thanks them for taking time out to respond to our tweets. Here by, we bring you some interesting expert opinions on how will SEO change in 2014.

@iMarketingCafe same as in 1995: SEO is making your website the best it can be for your users and the search engines.

@iMarketingCafe A shift towards full integration in order to support multiple channels.

Surprisingly, we got a response from BruceClayInc – one of the world’s best Internet marketing companies. They say:

Khem Raj, a highly experienced SEO consultant, opines that spamming will continue in 2014:

@iMarketingCafe fir me SEO 2014 not different than SEO 2K. In 2K as well, u were allowed to spam, build unntural links, keyword stuffng,etc.

I’m banking on next year’s SEO centering around more creative online marketing campaigns. A lot of SEOs focus on raw data insights for their work, without appending that data to marketing ideas. Now with some of that data being restricted in [not provided], and Google turning up still somewhat-unknown other factors, the bigger sites, making the bigger brand moves, are going to get SERP recognition because they’ve always been more “big picture”.

If big brands are doing so well in Google, and it’s not because of a conspiracy, then it might be because Google is focusing on the big marketing contributions (and/or returns) through other algorithm signals. I believe in 2014, SEOs are going to want to put their marketing hat on even tighter and make more creative marketing and brand decisions to get Google’s attention.

@iMarketingCafe SEO 2014 == good old fashioned marketing. The sooner SEOs get on board with what that is, the less algo affected they'll be.

Adam Connell, a well-known marketer and SEO nut (as he describes himself), says:

Brett Synder, Director of SEO at NeboWeb, has shared lots of insight. Friend, read between the lines.

September was a pretty telling month for SEOs to understand where the industry is going in 2014. We officially lost our keyword referring data and Google rolled out what they’re calling the biggest algorithm change since 2001. Before we talk about what SEO in 2014 is going to be about, we have to talk about what its not going to be about. It’s not going to be about keywords anymore. Hummingbird was designed to focus on the meaning behind words, not necessarily the words themselves. Removing keyword data, if you think about it, is a means to the same end. It forces SEOs to think about the meaning, the intent, and the motivation behind the keywords rather than the keywords themselves. It would be cliche to say SEO in 2014 is going to be more about the user because that’s what SEO was in 2013, in 2012, and so on back to the beginning of search. SEO in 2014, therefore, is going to be defined by analysis at a much deeper level than ever before. It’s going to be defined bywhy and not by what.

Simply put, SEO in 2014 is going to be defined by psychographics. Search engines (not just Google!) want to focus on user intent and generate results based on that user intent. Market research will become even more important and communicating the competitive advantages of your product/service effectively will drive success. Keywords remain, of course, a necessary conduit to your users but recognize the shifts in the landscape dictate that SEOs must refocus their efforts toward how and why their product/service solves a human need to be successful in 2014 and beyond.

@iMarketingCafe SEO in 2014 will be driven by unbridled creativity, across technologically sound websites by multi-disciplined marketers.

@iMarketingCafe Same as it ever was: build a large amount of content for your target audience and acquire lots of branded links.

Harris Schachter, SEO strategist at CapitalOne and owner of OptimizePrime LLC, comes up with an interesting description:

@iMarketingCafe SEO 2014 is the result of wholistic cross-channel marketing with a delicious gooey center made of kick-ass content!

Another interesting comment from David Wallace, Founder & CEO of SearchRank:

Dana Lookadoo, a popular SEO consultant and founder of YO! YO! SEO, says:

.@iMarketingCafe Define SEO 2014 for #seosurvey? Know your audience' needs & what they are seeking. Provide answers! #seochat

Jayson’s full response given below:

@iMarketingCafe continued movement towards context – local and semantic; and emphasis quality (and depth) over quantity or frequency – thnx

Brian Carter, a widely-known marketer and consultant, makes a funny yet thoughtful comment:

@iMarketingCafe Chase after gimmicks or ways to manipulate the SEs and eventually you will pay for that tactic. 🙂 #penguin #panda #seochat

@iMarketingCafe It will be the same as the last decade. Focus on the basics and the goal of the SE and you will have success. #seochat

Simon Pension, a widely-known Marketer and Owner of ZazzleMedia, simply puts it:

@iMarketingCafe the more I go on, the more I understand that SEO is just a little piece of the cake 🙂

@iMarketingCafe seo = optimization of content for optimum query visibility and retrieval in a search query.

@iMarketingCafe Cleaning up Toxic Links and starting to do things right.

Nick LeRoy, an SEO consultant and Owner of BackBreakingSEO, says:

@iMarketingCafe ranking, converting, and cashing in. As simple as that. #SEO14

Andrew Girdwood, an Internet Marketer and Director at DigitasLBi, says:

Peter Attia, Director of Marketing at SkinnyLimits and Founder of CucumberNebula, says:

@iMarketingCafe The same as any form of marketing. Make things people want, instead of looking for less time/money consuming shortcuts.

@iMarketingCafe I would say #SEO is the art of making your website appealing both for users and search engines in order to attract traffic.

Salman Ahsan, an SEO consultant and Owner of EliteKey2Marketing, says:

A late but apt response from Grant Simmons, SEO director at TheSearchAgency

@iMarketingCafe The SEO fundamentals have not changed follow SEO best practices and you can't go wrong.

• Content is emperor now, not king 😉
• Creating great content is not an option anymore. You don’t have a choice.
• Greater Inclination towards content marketing
• Social signals will play a significant role (step up your social presence, engage your target audience effectively and meaningfully)
• SEO continues to evolve. The term ‘inbound marketing’ is often used interchangeably by the Industry leaders these days.
• No more shortcuts
• Shift from link building to link earning
• Be creative in order to compete and excel
• Focus more on user intent and requirements.
• Build audience, trust, authority and presence. Don’t get too obsessed with keyword rankings. When you get obsessed, you are likely to make mistakes.
• Spamming will still continue in 2014 (But, chances of getting caught are MUCH higher)
• Clean up all the toxic links, even if you have still not got affected. The worst is yet to come.
• Factors that are gaining importance: Topical context, semantic search, Google authorship, relationship between search entities, Schema, Personalization, Co-occurrence and co-citation.
• Basic technical stuff still matters a lot.
• Good Links are still powerful
• Provide best user experience in all possible ways
• Don’t ignore mobile SEO
• SEO 2014 = Marketing

Please do let us know your views in the comment section below. Tell us how you think SEO will change in 2014.

Copyright @ TheiMarketingCafé.com . You can use/publish excerpts from this post provided you give us the credit (link back).

The Experts Speak: The One Big Change Expected in the SEO Landscape in 2016