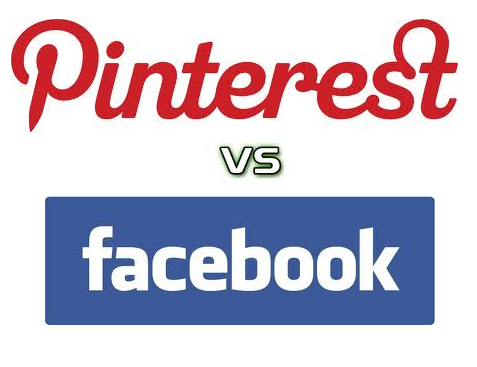 Facebook – ‘the social network of the century’ as I always put it, has seen phenomenal growth since its inception despite facing tough competition over the years. In the mean time couple of social platforms have risen and fallen, many attempts have been made till date. Nothing could hinder the growth of this social networking giant, not even Google+ which many expected will finish Facebook. International Business Times came up with an article claiming Google+ will gobble up both Facebook and Twitter. Time and again Facebook has proven that it has a lot of growth potential and keeps growing unstoppably. Need more proof? It recently crossed 1 billion-user mark. That’s the reason why I call it ‘the social network of the century’ ( If you are interested to trace the past growth of Facebook or would like to know more about it’s growing influence you can read one my previous articles here ).

Will Facebook continue to dominate the social media industry? Well, change is constant. Market equations keep changing. You can’t remain a market leader forever, but how long you can sustain the position depends on the pace with which you adapt to market changes. Social media industry is a dynamic one; you can find new things emerging now and then. You never know who, from where, will come up with the next big thing and you may be pulled down in no time (Remember Orkut). Operating in such a volatile market Facebook has always been successful in keeping its target audience engaged and entertained through its innovations. The key factor lies in the fact that it has been reinventing itself at every level of growth.

Despite of the entire success story we have heard so far, few things didn’t go well for Facebook in the recent times, whether it’s the recent IPO disaster, the criticisms regarding its struggle to build a sustainable revenue model (where mobile should take the central stage), the desperately introduced questionable ad option (paid-post service ) or the arrival of Pinterest and its rapidly growing popularity or the recent upbeat by the media about the surveys which show Pinterest as a better social platform for ecommerce businesses and how Pinterest is a source of shopping inspiration. Reacting to the survey reports Forbes came up with an article titled ‘Why Facebook needs to be scared of Pinterest?’ To make a competitive comparison three crucial questions need to be answered.

• Is hype created around Pinterest’s growth?

• Is Pinterest posing a threat to Facebook’s ecommerce ambitions?

Before we answer these questions lets discuss the rise and growth of Pinterest and the amazingly positive response it has got from users around the world.

Pinterest surprised the world with its amazing growth rate in terms of user signups and engagement. What’s that X factor which made Pinterest so attractive to people? Any guess work? Image!!! . It has been proven time and again that images/photos attract more eyeballs than text and they fuel engagement. Pinterest is all about images, photos and videos that too with some interesting engagement options like pin, repin, like and comment which make it an exciting and visually stimulating social platform.

Coming back to the question; is hype created around Pinterest’s growth?

No, as the saying goes ‘stats don’t lie’, Pinterest has emerged as fastest growing social network registering 4377% growth till May 2012 and has more than 20 million users. Interestingly it recently beat Yahoo to become the 4th largest traffic driver world wide . Though the growth rate has slowed down comparatively, yet it has been growing at a steady pace and continues to be great traffic driver. Thus Pinterest’s growth is for real and not hype.

But does it mean it’s posing a threat to Facebook?

Though Pinterest has been able to attract diverse users, it has appealed to only to a few sections of people. As per recent study conducted by eConsultancy, popular categories on Pinterest include Food and drink, DIY and crafts, home décor, art, design etc and additionally fashion and the study also shows that majority of the Pinterest users are women and they fall between the age group of 18 to 29.

More over many study reports suggest that Pinterest has been proven to be a great social platform for ecommerce businesses and shoppers. Collectively all the findings suggest that Pinterest appeal majorly to a few classified groups (though there can be exceptions) unlike Facebook which can be called a universal social network that appeals to people from every walks of life and of different age groups.

From a business perspective Facebook has almost become a standard social platform to choose for promotion, whereas Pinterest may not prove to be an effective social platform for every kind of business out there and additionally when it comes to customer relationship management through engagement Facebook is a better platform as it’s users are there more with the intention to socialize unlike Pinterest’s audience, read more….

As Botica’s CEO puts it

“Pinterest users are in discovery or shopping mode, while Facebook users are primarily looking to socialize with friends”

Finally, Facebook is an established strong network with more than 1 billion users backed by various affiliate partners, developers and advertisers whereas Pinterest is a new entrant, still growing and has to go a long way.

So let’s move on to the final question. Is Pinterest posing a threat to Facebook’s ecommerce ambitions? The answer is a big YES. In fact, it’s something Facebook has to seriously worry about. 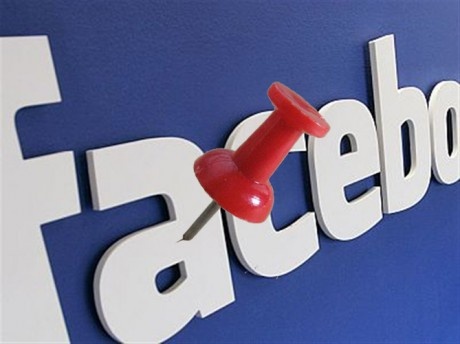 Facebook is currently going through a very challenging phase since its launch as it’s seriously looking forward to come up with a sustainable revenue model that would also include mobile sources thereby it can convince its shareholders and future investors and keep the stock price moving up. At a time when Facebook is looking forward to take the big leap into the ecommerce world with some promising initiatives such as Facebook Gifts and Collection and Want Button features , Pinterest came from nowhere and stole all the attention. Before Facebook could react Pinterest has already established itself as a great traffic driver especially for ecommerce businesses. As we discussed earlier ‘Stats don’t lie’ here are few interesting facts to show that Pinterest works amazingly for ecommerce businesses. Popular categories on Pinterest are mostly related to food, entertainment, style and fashion and are product related thereby indicating high relevance to ecommerce. As per a recent study by BizRate Insights, Pinterest users majorly visit the platform for shopping inspiration and Pinterest motivates more online purchases than Facebook. And, here comes the shocker for Facebook; Pinterest users spend more than Facebook users. According to Jeffrey Zwelling, CEO of Convento, Pinterest’s first touch revenue per click is higher than Facebook (18.5% vs. 14%) and Facebook’s share of social media ecommerce transactions is likely to go down soon by the end of the Second Quarter (From 86.5% a year ago to 60%).

Pinterest is really a threat to Facebook’s ecommerce ambitions and the biggest challenge for Facebook in the months ahead will be to make its recently undertaken ecommerce initiatives appealing to its audience and moreover it has to convince its users (who mostly prefer Facebook for socializing) that Facebook is not only a great place for socializing but it can also be a fantastic shopping destination.

It’ll be interesting to see Facebook’s next move in the months to come, watch this space for more updates. Please feel free to share your ideas, knowledge, opinion and feedback through the comment section below. We would love to hear from you!

Is Social Media a Revolution or Hype?