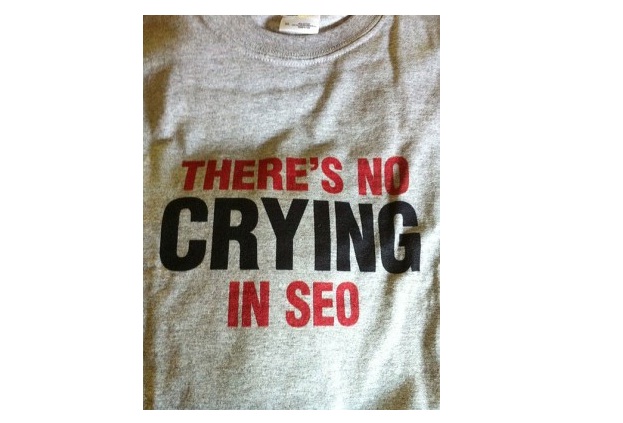 The iMarketing Cafe has come out with an SEO survey for the third year in a row with an objective to take the pulse of the SEO community. You can read the Survey report here. As usual we conducted the survey on Twitter and some of the respected SEO experts’ responses were off the mark (intentionally) as they didn’t want to respond to the question asked but to give us sarcasm-laced “feedback” ( so, they couldn’t be included in the survey post – we chose to include only the relevant responses). We, at The iMarketing Cafe, took their reactions in a positive way and decided to create a post featuring those tweets and respond to them in the same way they did – in a funny/non-serious manner. Our intention here is not to give tit for tat replies or to disrespect or offend anyone but to present our views/responses in a humourous manner with an objective to entertain our readers. We have high respect for all these professionals.

. @iMarketingCafe that people will realize expert SEO survey questions is tactic that is not as effective as it once was

We didn’t see this post as a tactic to gain traffic but to genuinely bring some worthy content for our readers. We usually come up with topics and concepts based on our interests and many times ideas come out of the blue and we decide to give them a try. Passion for trying out different content ideas we generate is what drives our content creation process – and we mean it! In other words, at the conceptualization stage we don’t think about traffic but focus on creating quality content.. but thanks for your opinion sir 🙂

@graywolf not a tactic, opinions will be collected, compiled and published 🙂

and this time his response was even more sarcastic:

oh ok got it @iMarketingCafe KWD density between 11 -13%, once in bold, once in italics, and once in bold and italics #sorrynotsorry

ha ha ha…. but we thought that one was really funny. Good one! 😀

@iMarketingCafe More people will come out with surveys asking experts about the future.

Sorry Alan, a very boring response because many people have given the same or similar responses in the past. Please feel free to make a sarcastic comment next time too but let it be a better one 😉

Here is another one from Andrew Shotland:

But interestingly, he mentioned a figure. Hey Andrew, how did you work out that figure? Would love to have a look at the calculations you made 😀

But thanks to both of you for the responses, atleast you did respond – many didn’t.

Here is how Joe Hall blasted us:

We love you too 😀 . Unsolicited? Joe, should we expect people to request us to do a Survey? Will that ever happen? :O

…and here is how Steve Plunkett pulled Joe’s leg:

@iMarketingCafe That @joehall will show up in less "Top #SEOs" posts next year? (should have followed him first,) pic.twitter.com/eJIMg2gm3m

Ha ha ha … Steve, we won’t give up. We will approach him next time too 😉

Hey Gaz, that’s what we were trying to do. You need some reason to contact people and you need to get in touch with people to start building relationships. We just initiated the process and we were stopped at the entry point 🙂

We have done 3 SEO surveys so far, people have always responded with utmost enthusiasm and interest – and we enjoy doing what we do. You have a different point of view, we respect that.

We thought that sending one tweet per person and maintaining a gap of 15-30 minutes per tweet would not result in annoying people and people have rarely ever blamed us for spamming. We use Twitter for conducting surveys because the process becomes quicker and easier.

Any activity done on the Internet with right intentions and doing it without annoying people doesn’t amount to spamming – this is our humble opinion.

Thanks for the response Gaz 🙂

All the following people suggested that roundup posts will go away in the future and that Google will also penalize roundup posts.

@iMarketingCafe Every site that does SEO roundups will get slammed with negative SEO.

@iMarketingCafe Expert roundup posts will be penalized by Google. ;-P

That expert roundups go away. RT @iMarketingCafe What is the one big change that you expect in the SEO landscape in 2016? #SEOExpertSurvey

An honest admission. We are really clueless about this one. Folks, were you serious or these were sarcastic responses too? or just a wild guess work? We couldn’t find any official announcement or statement from Google specifically saying that they might penalize round up posts. Where did that come from? If yes, please do share the relevant links in the comment section below. We are really scared now :O :O 😀

Okay, on a serious note, we don’t see any reason for Google to penalize any content/post that may be useful and informative for the users. The current format may have become boring and the formats/themes may change but we don’t think publishing expert opinions on any subject/topic will be seen negatively ( in other words, poor content ) by either the users or Google.

Experts are the influencers in any industry. Expert opinions help us to understand the pulse of the industry and they also help us to understand how things work in a niche/segment/process or industry. They also tell us, roughly if not accurately, about the possible future idevelopments in the industry. We need expert opinions in order to fine-tune our strategy for the present and the future and also to make sure that we are doing things the way they should be done and if not course corrections can be promptly made.

Hey Guys, we're the team behind The iMarketing Cafe which handles the day to day affairs at the TiMC office and also is responsible for website maintenance, content strategy and management, public relations and everything else that needs to be handled to run this website/ online community smoothly. Our objective is to bring value to our readers by making sure to publish great content and also by providing them a seamless user experience. Hope you like what we do here at The iMarketing Cafe. Any feedback may be sent to info@theimarketingcafe.com. We'll get back to you within 24 hours. Thank you so much for being a part of this Digital Marketing Community. Stay connected. Regards TiMC Team

SEO 2014: The Biggest SEO Survey of the Year